Thailand Travel Essentials: What to Pack On Your Thai Trip 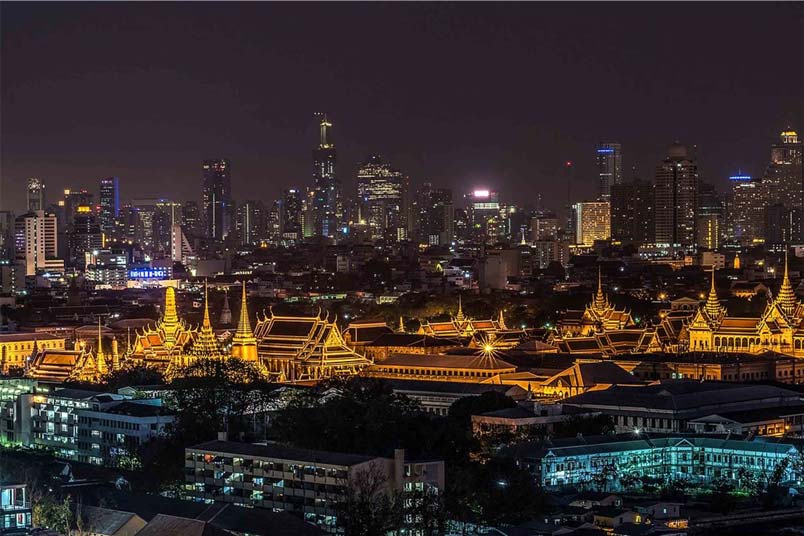 Before you travel to Thailand, learn about all these travel essentials first.

If you want to experience the best that Asia has to offer, then we highly recommend that you travel to Thailand. This southeast Asian country is home to some of the world’s most beautiful beaches, majestic temples, and sumptuous exotic cuisine.

As you could imagine, there’s also an abundance of single Thai women in there. So if it is a petite and exotic looking woman with traditional feminine characteristics and values you’re looking for, there’s no better place to search than in Thailand.

But before you embark on a Thai adventure, it always pays to do your research first. That way, you have some idea what the country is like.

The research could really help you plan your itinerary and even just getting around the place. Planning a trip to Thailand also gives you an idea of what you could look forward to.

With that said, better remember these travel essentials during your trip to Thailand:

Since this is perhaps the most obvious yet most important on this list, better get this out of the way first.

As with any other countries, you will have to present a valid passport upon arriving at immigration. US and European residents can issue visas upon arrival.

Thai visas are normally valid for up to 30 days.

If you want to save your mobile data, then buy a local sim card.

There are plenty of vendors selling them on the streets or at malls. However if your phone is locked, then purchase a TEP wireless portable Wifi device, which can give you unlimited internet for 100 days.

You wouldn’t want to miss the opportunity of posting the beautiful sights on your social media, would you?

To get the most out of the exchange rate, it’s better to convert dollars in Thailand rather than in the States. If you convert before arriving in Thailand, there’s a chance you lose 5% up to 10% due to interest and other fees. And it’s also better to pay services, fares, food, and anything else you need to pay for with cash.

It turns out paying with credit cards is much more expensive because there’s an additional 2% to 2.5% increase for the exchange rate.

So if you want to be more conscious of your expenses, start with converting cash instead of using your credit card. Also take this into consideration when computing the trip to Thailand cost.

Because of the tropical climate, the days can get pretty humid in the country (even in Bangkok, Thailand). So avoid wearing wool and other clothes with heavy fabric.

You’re better off wearing cotton or other breathable fabrics.

You can also get away with wearing flip flops during the day. But if you go out on dates with women in Thailand, you can get away with not wearing a jacket.

Thailand also has typhoon season, so make sure to bring an umbrella or a raincoat. They have days wherein it’s sunny one minute and pouring the next, so it’s best to be prepared for that possibility.

The most popular mode of transport in the country would have to be the bus.

One of the benefits of riding buses is that they have designated routes to major cities.

The standard fare is also quite cheap, so it’s the ideal mode of transport when you’re on a budget. But if you are going from one island to another, you can take the ferries.

Other forms of transport in Thailand include trains, mini-buses, songthaews, and the much beloved tuk-tuks. And to make getting around much easier, be sure to know the corresponding routes and rides for your destination.

To avoid offending anyone in the country, it helps to learn about some of their etiquette rules.

There are plenty of them, but some of the basics include being respectful to the Thai royal family and removing your shoes before entering sacred temples or even someone’s home.

Thai food is actually heavily influenced by Chinese cuisine—particularly Szechwan cuisine. That’s because some of the country’s early settlers were Chinese that eventually emigrated to the country.

But with the introduction of Buddhism, Indian cuisine was also assimilated in the country. Because of these influences, Thai food is distinctly known for its spicy and herby flavor.

Today, Thai cuisine is recognized as one of the most diverse in the culinary world. During your stay, make sure to try a plate of Pad Thai or snack on some sticky rice paired with fresh mango slice.

You don’t have to be fluent in Thai but learning some choice words and phrases can go a long way in communicating with the locals.

Here are some that can help you get by:

The words might differ in some regions due to different dialects. However, most Thais would understand given that you pronounce the words properly.

To communicate with the locals better, try practicing these phrases to perfect saying them the right way.

Out of all the countries in Southeast Asia, Thailand was the only one that wasn’t colonized by European countries. Because of this, its culture is uniquely its own (with slight traces of Chinese and Indian influence).

Religion plays a huge role in Thai culture. It is the basis of their traditions, beliefs, and values.

The most important values they hold dear include respect, self-control, and peace. For them, showing aggression is a sign of weakness.

Last but not the least, Thai people are incredibly friendly and hospitable. That is the reason Thailand is dubbed as the “Land of Smiles.”

These are pretty much everything you need to know about traveling to Thailand.

Aside from knowing what to do during your stay, now you also have an idea on how to get around and conduct yourself accordingly.

That little bit of research hopefully makes your stay more enjoyable. Who knows? You could even make long lasting connections with the people and maybe even a Thai woman.

But if you really want to increase your odds of meeting a potential lifelong partner during your trip to Thailand, we may just have the answer for you: singles tour!

A lot of men who have joined our tours to Thailand before didn’t just bring back happy memories home but also a girlfriend, and some even a wife.

You could be one of those guys too! Simply sign up for free today and browse through the profiles of lovely single Thai women here on our site and start making connections now!